"Physics of Fast and Slow Earthquakes"

ABSTRACT: Slow earthquakes have different names, such as low frequency earthquakes (LFEs), tectonic tremors, very low frequency earthquakes (VLFEs), and slow slip events (SSEs), but these events can be considered as different manifestations of a single slow deformation process. Recent observations have proved that VLFEs radiate very broadband seismic waves, from 0.01 to 10 Hz and the moment release of SSEs is synchronized well with the temporal change of tremor/LFE activity. These observations are consistent with a Brownian slow earthquake model, in which tiny stochastic fluctuations (tremors/LFEs) produce large-scale continuous deformation (SSEs). Assuming that a cluster of tremor/LFE represents a small SSE, we may define almost all size of slow earthquakes with different time constant, or duration  T, from 0.1 s to years. The compilation of recent catalogs of slow earthquakes shows that the maximum seismic moment  Mo  at a given duration  T  is proportional to  T, i.e.,  Mo≤ cT  (c~1012Nm/s), which is the updated interpretation of the scaling relation of Ide et al. (2007).
For fast earthquakes, both the maximum and minimum of seismic moment at a given duration are strictly limited by the duration, as  Mo∝ T3. Rupture process of earthquakes are almost self-similar, with scale invariant stress drop and scaled energy. The self-similarity continues from the very beginning of the rupture initiation, and it is almost impossible to predict the final size of an earthquake at the initial stage of rupture. Despite complexity in each rupture process, the dynamic rupture is controlled by some structural heterogeneity, and the isolated heterogeneity produces repeating or imperfectly repeating earthquakes. Therefore, the dynamic rupture process of fast earthquakes can be modeled by multiscale patch model with fractal fracture energy distribution. In such a model, rupture continue to propagate for wide scale range, at changing propagation speed, which is of significant fraction (~70%) of shear wave speed. Rupture cannot propagate slowly, for example at 10% of shear wave speed, because the dynamic rupture is a coupled process between seismic wave propagation and fracture.
The most fundamental difference between fast and slow earthquakes is the governing equation coupled  with friction/fracture equation:  wave  equation  and  diffusion equation,  respectively. Diffusional mechanisms are various, and dependent on regional environmental conditions. Therefore, slow earthquakes appear diverse. On the other hand, fast earthquakes are rather unique, a special type of deformation mode. 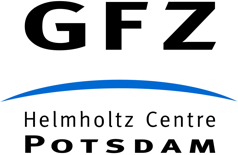