The Arctic has warmed more than twice as fast as the global average, a phenomenon known as Arctic amplification (AA). These profound changes to the Arctic system have coincided with a period of ostensibly more frequent events of extreme weather across the Northern Hemisphere mid-latitudes, including extreme heat and rainfall events and recent severe winters. The possible link between Arctic change and mid-latitude weather has spurred a rush of new observational and modeling studies.

These studies have argued that heavy precipitation events and heat waves are at least partially attributable to Arctic warming. A growing number of recent studies even argue that recent severe winter weather is related to AA. At the same time, uncertainties from the large intrinsic variability of the system, the short observational record due to the recentness of AA and the shortcomings of global climate models have also resulted in much skepticism in any argued links between AA and severe weather.

mid-latitudes) of the northern hemisphere. In particular, I will discuss how Arctic change favors a weaker polar vortex in both the stratosphere and the troposphere leading to a wavier jet stream and more severe winter weather across the mid-latitudes. 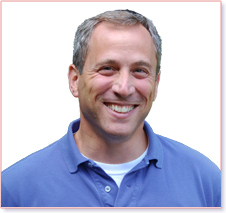